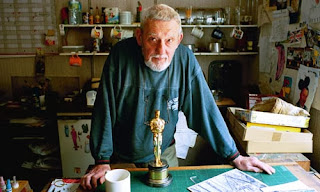 I just received an email from the Union. It reads "an afternoon of remembrance", and then it details a list of the animation people that died last year. I went through the list and I just said a big 'Oh no!' when I read the name Bob Godfrey. My mind went back to London in 1991, almost like in that famous scene at the end of the film 'Ratatouille". In April 1991 I decided to go to London looking for work. In a matter of weeks I had seen almost two hundred companies and still not getting anywhere. The 'creative directory' that I used as my guide provided me with yet another name and address, Bob Godfrey in King's Cross. So I headed there. He wasn't expecting me as I hadn't called before, I just tried my luck. He attended me -very- well (not everyone you meet in this type of adventure does) and asked me to come in. He really took his time to go through my portfolio. He was very complimentary and told me "I don't have work for you right now, but Spielberg is making an animated film these days in London". He gave me the studio's phone number and told me "go there, I'm sure they will give you work". And I called, and they did. Without his advice my life might have been very different, I might not be where I am today, my wife wouldn't be my wife, and my daughter wouldn't be my daughter. I don't even want to think about it. Thanks Bob, and rest in peace. (picture from 'The Guardian' online)
Posted by Marcos Mateu at 10:16 AM

A very touching story of one artist helping out another. Isn't it funny when you look back and think what would of happened if I didn't take that chance and I didn't meet that stranger who unknownly changed your life. RIP Bob Godfrey

You are so right Tegan, -key- chance encounters. Even though you have an idea that originally puts the ball rolling, then there is this (small really) number of people that somehow come your way to wonderfully shape your future. They are so important. I just want to hope if at the end I have influenced anyone it will have mostly been in a positive way, life is to short and our energies limited to waste them in missed opportunities. Thanks for your comment!

Agreed life is too short not to share positivity. Here's my little story. A couple of years ago, I took a chance and quit my graphic design job in Australia to travel around the world for 6 months. It opened my eyes as you can imagine but I also stumbled across CTN when I was in LA. Curious I attended, I was amazed by all the artists and the industry I now know as visual development. At CTN I met my now mentor Chris Oatley. My art at this stage was very underdeveloped and he took the time to chat through and inspire me. He also recommended that I read your book Framed Ink. It helped solve a lot of my composition problems, which then lead me to your site and inspirational art. So thank you.

Great to hear this story, and you are welcome!

Your perseverance and determination paid off. Many artists, including me, give up easily when doors close on them.

I was a fan of yours even before you published Framed Ink. May you inspire and prosper.

Bob told me once, when I was a young artist:

"You got to pick the brains of the nine old man while you can, they wont last very long."

That was his amazing sense of humor. Now he has gone and joined them.

You hit the nail on the head Marcos, we all influence each other, let's make it count.

Thanks for your comments guys, gracias!

Sorry to hear you lost one of your mentors. 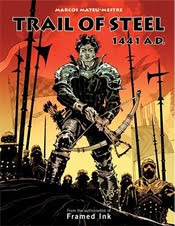 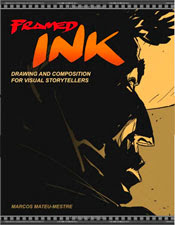